A Tradition of Family Farming

The Patch family lineage has been farming the same plot of land for 8 generations and takes pride in their rich heritage. We plan on continuing our family’s legacy and hope the next generation will take as much pleasure in working the land as we do. Come share in our experience.

The following passage was written by Christine Hough in 1964.

Christine is Matt Patch’s Great Grandfather’s sister. Matt Patch is the current owner of Patch Orchards.
​
“In 1775, Uncle Wetherill Hough, a young man living in Norwich Connecticut, was seized with wanderlust and adventured north, exploring the Connecticut River until he came to a New Hampshire town in Grafton County, where he acquired a tract of land and established a home on a hill facing Vermont’s Green Mountains: Killington, Pico and Mount Ascutney. When Witherel looked upon the mountains The Bible verse, “Lift up your eyes unto the hills,” came to mind and thus he named the destination Hill View Farm. When Grandfather Clement Hough was 21 in 1812, he too left his Connecticut home in Essex, and his 11 younger sisters and brothers and came north on horseback to help their Uncle Wetherill with the farm. My father Henry Benezette, was the youngest of nine children and this writer is the youngest of five, the last one left of the original name Hough. And so the legends and folklore have long memories. ‘The only thing that love can call its own is memory.’” 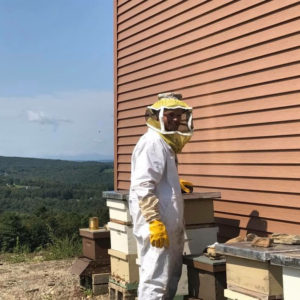 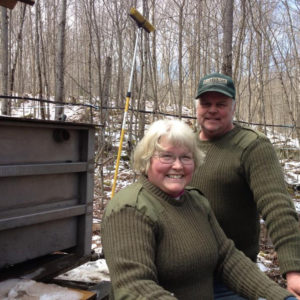 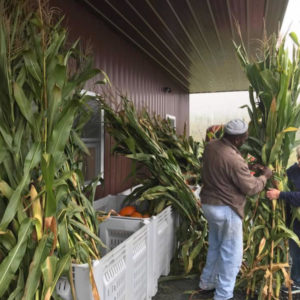